U16 Tigers take the trophy

The Redcliffe AFL Tigers under-16s claimed grand final victory over Sandgate at the weekend in a nail-biting finish.

With minutes to go in the final quarter, the Hawks kicked a goal to narrow the gap on the Tigers’ lead to six points, before a missed shot at goal brought the score to five points the difference.

In the end, the GKS Law under-16s Tigers walked away with the trophy, with the final scores at 6-3-39 to 5-4-34, and player Adam Dekker named as best on ground.

Coach Steve Jenkins paid tribute to Sandgate, saying Redcliffe knew they were the team to beat from their first game of the year.

“Our first game of the year we played against you guys on a Friday night at our ground and it was a pretty close one,” Steve says.

“We identified that you guys were clearly the best team in the competition and we looked at what you were doing closely and tried to emulate that.”

Steve says that as the season matured, so did the team’s momentum.

“I appreciate everything that they put into it – they are solely responsible for the victory because of their commitment and dedication, along with their family members.” 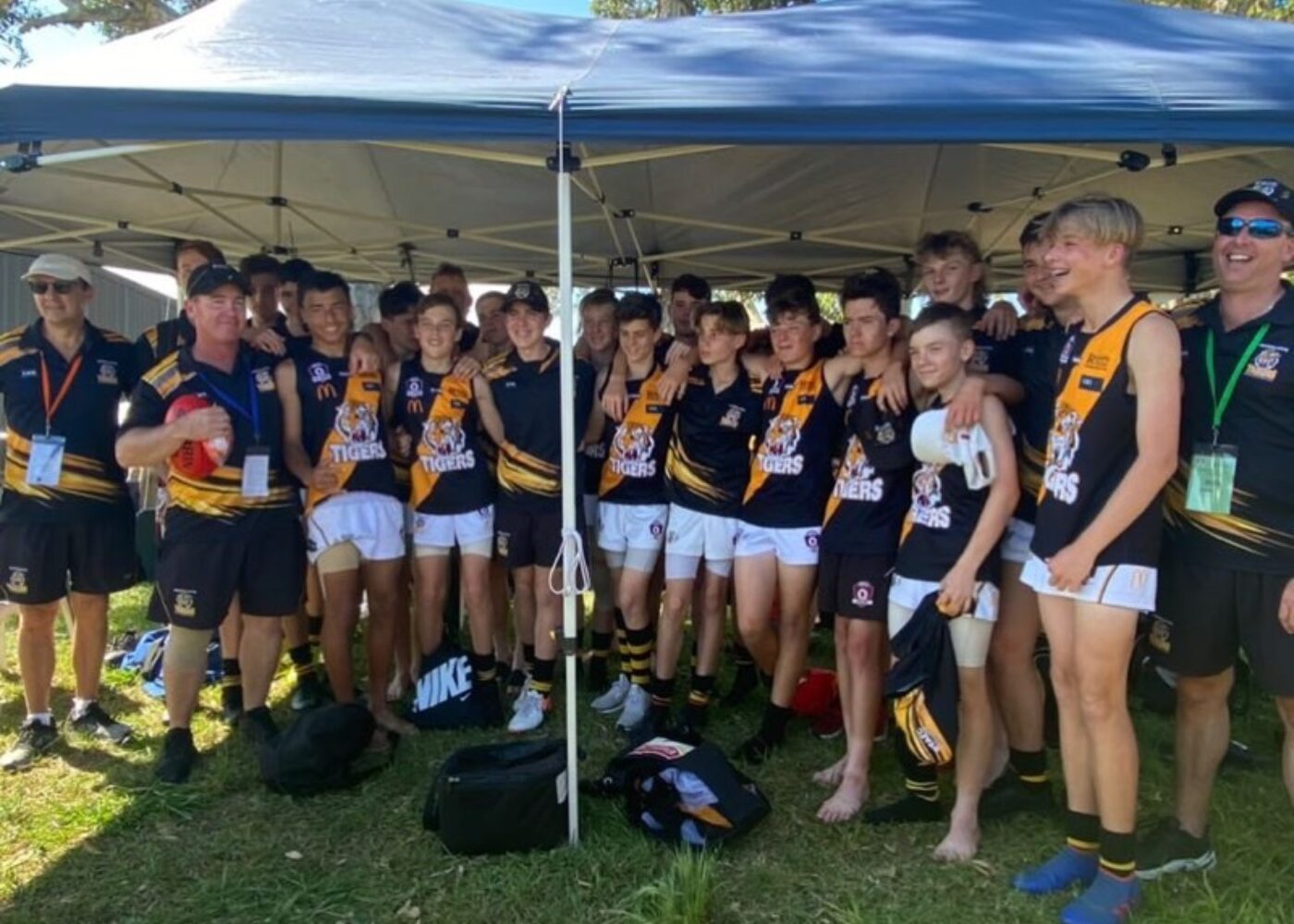 Redcliffe Tigers GKS Law under-14 Black team coach Shane Ward says his players faced the tremendous challenge of taking on undefeated Kawana Park on their home ground in the North Blue (Division 1) Grand Final, with the Eagles ultimately claiming victory 7-4-46 to the Tigers’ 6-7-43.

“In the last quarter (with the Tigers) just two goals behind, Kawana got the first goal,” Shane says.

“What would normally hurt the spirit appeared to challenge the Tigers and they responded kicking the next few goals to be just four points down with under a minute to play and once again going forward.

“With a shot bouncing into the post Redcliffe came so close to a breathtaking result. However, in the end Kawana held on to win by three points.”

R & L Shower Screens under-12s coach Dave McCreadie says his team, which finished the regular season on top of the ladder, should be proud of their achievements, despite a 3-8-26 to 7-5-47 loss to Kedron.

“The boys trained hard and gave their best all year,” Dave says.

“They all learnt a lot this year, not just in footy terms, but things they were able to do that they never thought they could, it was great to watch the group develop over the course of the year.

“They got to experience playing in a big final. Unfortunately, the result didn’t go our way, but for the group to get their chance was credit to the hard work they all put in throughout the year.

“It shows that if you’re prepared to work hard and try your best you can achieve whatever it is you want to.”