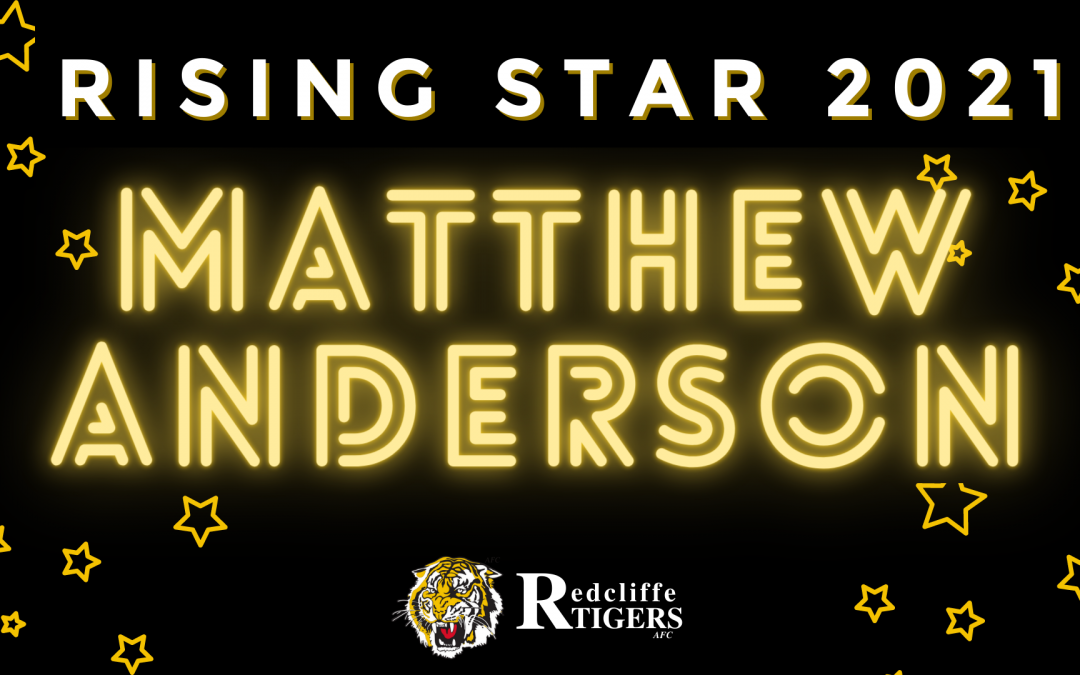 The Redcliffe Tigers AFC are pleased to announce that Matthew Anderson has won the clubs Rising Star Award for season 2021.

The rising star is awarded to the player who accumulates the most votes for his team at the end of the season and league votes Matty has had a stellar year and was no surprise as this years Rising Star. Matty won the leagues best and fairest and also our club best and fairest for the Under 14 side. In a season that I’m sure will be remembered for a long time to come Matty also took home the U14s players player award. The players player is said to be more important to some players than the Best and Fairest because it’s voted on by your peers. To top it off Matty also won best on ground in the Under 14 grand final. We might even have to give him the nickname Dusty after the season Matty has had.

We couldn’t be happier for Matty to receive these awards, very deserving indeed.  The whole club would like to congratulate Matty on this fantastic achievement.